As Kia geared up to launch its Stinger model last year, it wanted to do something special to help its first grand tourer model stand out—so agency Innocean cooked up a fun bit of custom publishing, complete with a fake speeding ticket and a scratch-and-sniff serving up the smell of scorched tires.

The promo booklet, sent to some 100 automotive journalists, arrived in a glossy metal box and was loaded with eye candy—leveraging the scientific diagram for an adrenaline molecule into a design motif appearing through the magazine.

It featured eight chapters to match the car’s 8-speed automatic transmission and allowed readers to peel back a special sticker to reveal the book’s first image of the car itself. There was wending typeface to help transport readers to the famous Nürburgring race track in Germany—with the words arranged in the shape of the site’s Grand Prix loop.

But in perhaps its most clever twist, it let them use a finger to spin donuts—tracing a circle on a page that then folds out to reveal tire marks in a micro-fiber cloth underneath.

It’s all meant to capture the thrill of driving the car—a tall order for a print piece—and the case study video gets a little purple, describing burnt rubber as “the scent of passion.” But overall, it’s a cool little piece of niche marketing—Kia isn’t generally known for its performance cars, and the book is more attention-grabbing than the average brochure.

It may not be as wise to suggest Stinger drivers will end up with traffic citations, presumably because the car is so powerful they’ll be swept up and forget to drive safely. Then again, maybe some tech genius will invent a camera to watch the odometer for them—just like the one that tells you when the light’s green. 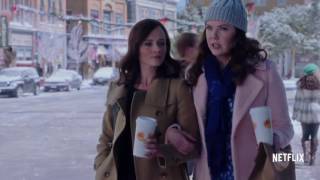 TMZ Exclusive: PRINCE MEMORIAL Come for the Singer ... STAY FOR HIS GIFT BAGS

TMZ Exclusive: PRINCE MEMORIAL Come for the Singer ... STAY FOR HIS GIFT BAGS